Courts are all back in action with the lines painted on the hard courts and the nets up. Normal service resumes now until mid/end April when the painters will return to coat the courts in the green on green as seen in the featured image. 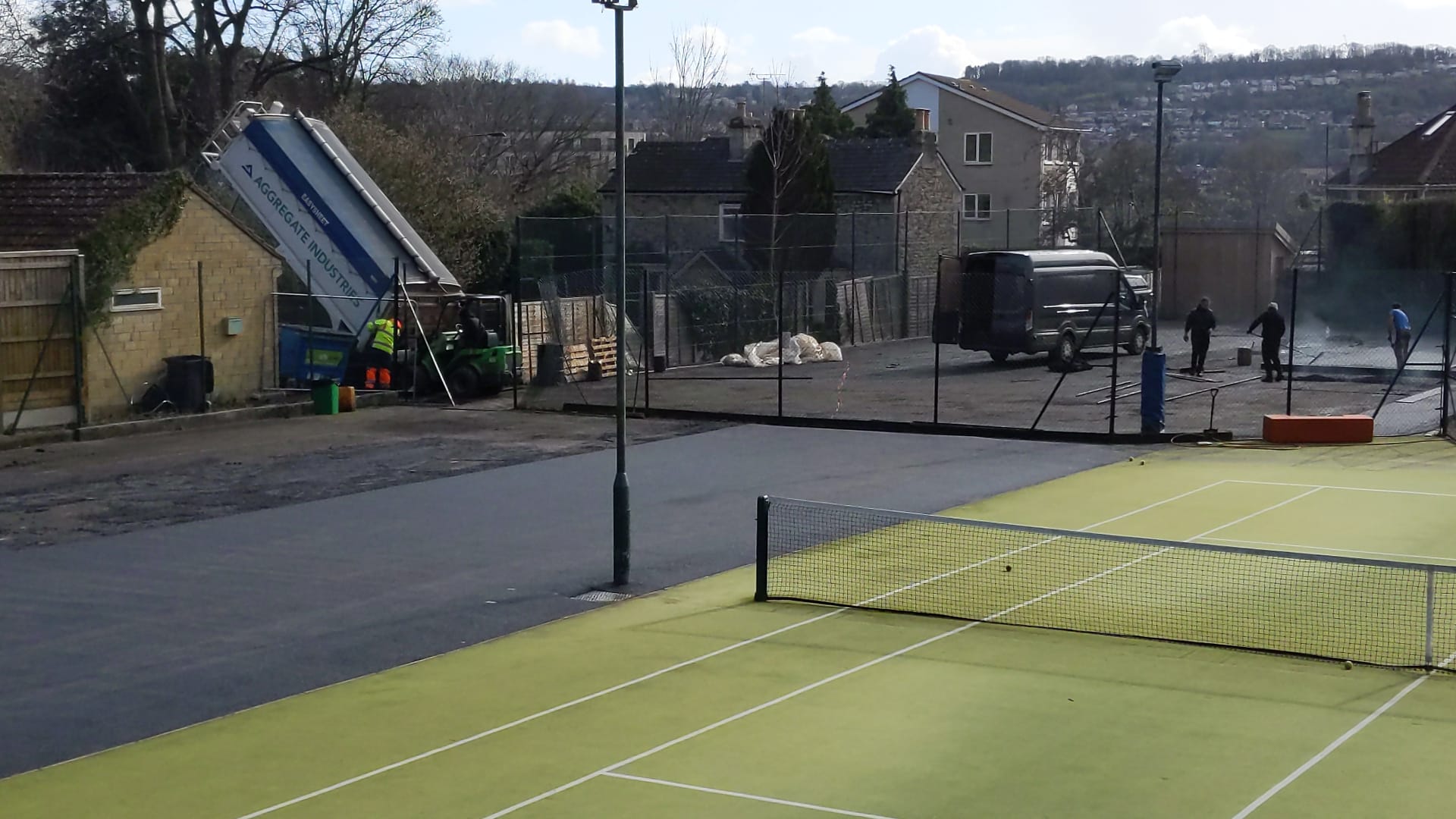 We got so close to getting the courts ready for the end of this week (04/03), but its rained everyday and we haven’t been able to paint the lines on the courts!!

Fingers crossed this will happen either today (Friday) / Saturday morning or early on next week. In the interim we’ve had to trim those hard court bookings back, so can you please check your booking before venturing down to the club. We apologies for the extended limited opportunities to play but we’re so close now! 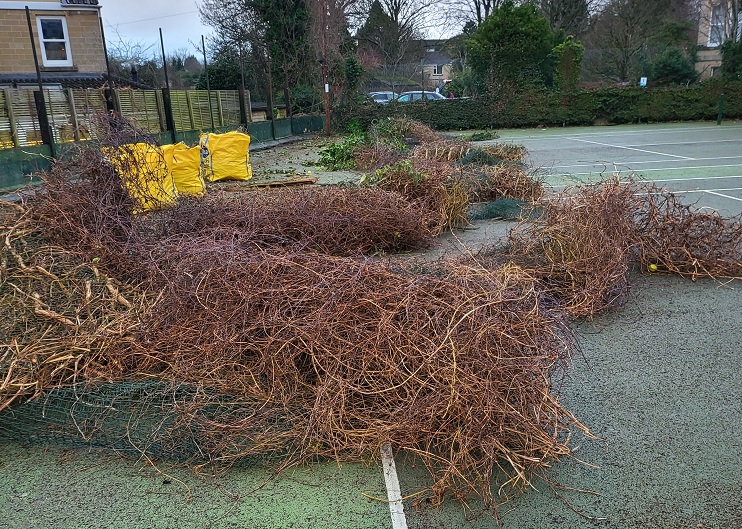 This page is dedicated to the scheduled upgrade and ongoing maintenance of the club’s tennis courts. For 2021 we will be resurfacing the 4 existing macadam courts, as well as making good, in accordance with our landlords requests, the necessary improvements to some of the current chainlink fencing. Please continue to refer back to this page for regular updates as we progress with this project.

The focus of this communication is to let you know that the hard-court upgrade program has started today. Having been walked through the plan of action with the site and project manager we can advise you as follows:

If anyone is unsure on court availability or would like to check on play opportunities, then please contact me directly by text or phone on 07823 321 993.

The clubhouse will remain accessible with the exception of the 21st-25th February as detailed above.

The club have worked incredibly hard to get to this point and have opted not to purchase court time elsewhere to minimise the entire overall cost of the project. We’d like to thank you in advance for your support as we all look forward with excitement to our new hard courts moving forward.

We expect this to take around 2 weeks to finish in time for the macadam resurfacing of those courts.

Use of the synthetic courts will be possible to a degree whilst this prep work is ongoing, though we might have to re-visit this if there is any danger to either our workers from flying tennis balls, or the members when non-mechanical movement is made between courts. No machines (such as dumpers / rollers etc.. ) will be used during this period, though deliveries and materials will be dropped off and moved.

W/C 21st February – probably 4 days from Tuesday – Friday inclusive but tbc’d closer to the time – depends on any over running schedules / deliveries for the tarmacking guys on jobs prior to this one.

During this week, we will need to lay mats across the synthetic courts to reach the far 2, but also, even when they are laying the nearer 2 single courts, the entrance will be blocked by the lorries a delivering the tarmac. Therefore we would have to close all courts during this week.

The resurfaced tarmac courts will then need to be left to cure for 7 days following the works, during which time they will be lined, and the synthetic courts only will be available for use. We would advise that nobody users on the macadam courts during this time, though ball retrieval alone should create few issues. We can put orange fencing around them to show them out of action.

Use of all courts from Saturday 5th March until we return to colour spray the newly resurfaced courts. We have them in for w/c 25th April and should take them out for 5-7 days depending on the weather. However, we can talk about this closer to the time, and stagger the painting or move it to later to accommodate your requirements to a degree.

The club will be updating the booking calendar with the order of priority as follows – 1. League Matches, 2. Licenced Coaching Programmes, 3. Scheduled Club Sessions, 4. Member Bookings.

The club have worked incredibly hard to get to this point and have opted not to purchase court time elsewhere in order to minimise the entire overall cost of the project. We’d like to thank you in advance for your support as we all look forward with excitement to our new hard courts moving forward.